ALTON, Ontario -- When you visit the 54 terrific holes that are Osprey Valley an hour northwest of Toronto, your first challenge is to understand the language.

Let's take the three courses chronologically. First there was the Heathlands, then came the birth of the twins, Hoot and Toot.

What is a "heathlands course"?

"It's an inland links," says course designer Doug Carrick of Toronto of what many knowledgeable Canadian golfers consider the most under-rated course in the country. "Although this might be considered more of a links style, because we shaped dunes and mounds to make it resemble a seaside course."

That he was remarkably successful shouldn't be surprising because Carrick is a diligent student of the game who learned his trade under Robbie Robinson, one of Stanley Thompson's disciples. He has made pilgrimages to Britain to play the true links courses, taking photographs and trying to learn what makes them great. This ultimately led to the ultimate compliment: His firm has been hired to design a course near Scotland's Loch Lomond, slated to open in 2005.

"I really studied those courses before taking on the Osprey project. I tried to emulate some of the characteristics of those courses, especially around the greens; all the little hollows and different types of shots you get over there, bump and run, and that sort of thing."

The first hole on the Heathlands, a shortish par-5, dares the player to carry the cross-bunkers in the dogleg. Hitting a crisp approach through the gap in the fence, avoiding the grassy hollows and bunkers, starts the round off with a birdie. Cross-bunkers also come into play on the par-4 second hole, as well as a number of others. As in most Carrick designs, players attacking the line over these bunkers will be rewarded with a more advantageous approach angle.

The wind makes the long par-3 fifth hole even longer than it says on the card. "This is a tough hole, with the wind, the bunkers on the right side, grassy hollows on the left and mounds wrapping around the green," says Carrick. No. 6 is a "bear of a par 4," the architect says. There are no bunkers, which is only fair since this hole plays right into the teeth of the wind. "It's a test of power. You can roll the ball on to the green, but you have to roll it through a swale."

The par-5 ninth hole is a double dogleg where you must hit the green or face dire consequences. A creek runs down the right side of the fairway before emptying into a pond, and the challenge is to cut off as much of the creek as you dare on the tee shot. There a couple of choices on the second shot: play way to the left, over some bunkers cut into a dune, or play far to the right and face a longer approach over water to a well-bunkered elevated green.

Unlike a true links course, the Heathlands does feature some ponds. The tee shot on the par-5 11th must carry water before heading down a valley, threading through a series of bunkers. Bunkers also tantalize the second shot, and there's one more sandpit right in front of the green. As at many green sites at this course, grassy hollows are popular hazards on this hole. They are plentiful as well on the next hole, a mid-iron par-3 nestled into the dunes. Although greens here are not overly spacious, club selection on this hole is important, since there could be a two-club difference depending on the pin position.

A dual-tiered fairway offers options on the second shot on the straightaway, par-5 14th hole, which is bracketed by dunes. "You have the choice to go up, or down to the right below some cross bunkers," Carrick says. "The ideal line is to hit it over the cross bunkers which, if you are a long hitter, will put you on the green in two or leave an easy chip. If you bail out, you have to fly it over some deep pot bunkers. Risk and reward, right?"

As on other holes here, an ancient stone fence adds character to the par-4 15th. The best line off the tee is down the right side, just over the tip of the amoeba-shaped waste bunker. You can roll the ball onto the par-3 16th, but make sure you arrive at the right terrace of the three-tiered green to guarantee par. After surviving the 17th, another "bear of a par-4," according to the architect, your round concludes with an elegant par-4. A following wind will assist you in carrying the three cross-bunkers.

Carrick's work on the initial course more than a decade ago so impressed owner Jerry Humeniuk that he hired the soft-spoken designer to lay out two more courses, which eventually became known as Hoot (opened in 2001) and Toot (2002).

Unusual names, to say the least, but Carrick thinks he knows the rationale behind their origin. "[Humeniuk] thinks the golf industry as a whole takes itself a bit too seriously and that golf should be fun, and entertaining. And that the names should reflect that." According to Carrick, the owner toyed with the idea of calling his creations "Royal' Hoot and "Royal" Toot as a jibe at other courses who have cavalierly adopted that once-sacred prefix.

Toot is a traditional, manicured parkland course, where a few holes stick in Carrick's memory. "The 10th is a short downhill par-4 through a valley, with a pond on the right side of the green. The 14th is probably the prettiest corner on the golf course, a dogleg right par-4 with dramatic valley you hit across on the tee shot to the landing area. Nice topography, great roll to the ground. No. 16 is a really strong par-4, uphill tee shot and downhill to green, about 450 yards."

Hoot is littered with expansive waste areas and stately stands of towering pines, reminiscent of the iconic Pine Valley in New Jersey or Florida's Pine Barrens. "Much of this site was an old sand and gravel pit which had been partially rehabilitated," says Carrick. "The result of the low water table was that there are some beautiful ponds, which look quite natural, and some great contouring, with long, sweeping lines. We worked on that concept, making this a more natural, soft, ragged style course."

But, as when he discusses the Heathlands which represented a new direction in his designs, Carrick's voice takes on more emotion as he takes a virtual stroll through the Hoot's routing.

"There are so many good holes here. The second hole is one of my favorites, an uphill par-4 about 410 yards, with big waste areas on right side leading up to green and some short left off the tee, and beautiful tall pines behind the green. No. 3 is through some very tall pines, giving it a North Carolina feel, with a big waste area down the right-hand side from tees to just short of the landing area and another up by the green. Six is a short dogleg right, par-5, with beautiful natural looking ponds on the right. If you're up to it, it allows you to bite off the corner on the tee shot and easily get home in two.

"No. 7 is a dramatic par-4 with a pond on the right side and a big tree sort of in the center of the fairway and a waste area on the left, very elevated green. The 13th is a neat par-5, downhill, with beautiful pond on right side of green. The fairway serpentines around the left side of the pond so it's a risk-reward situation.

"The most satisfying from my perspective was No. 15. It's a short par-3 where we started with nothing, just a flat, open barren piece of ground. Now it's all waste area from tee to an elevated green with some of the 8,000 trees we planted. The transformation is so dramatic. It looks so natural, like it's always been there."

The 54-hole public facility an hour northwest of Toronto is intended to be the centerpiece of a conference center, golf villas and resort. It promises to be a complex unique in Canada in the future but remains a fabulous golf destination at present.

John Gordon has been involved fulltime with golf since he became managing editor of Score, Canada's Golf Magazine, in 1985. In 1991, he was recruited by the Royal Canadian Golf Association to create their Member Services and Communications departments, and to revive Golf Canada magazine, their national membersmagazine which had been defunct for a decade. After successfully relaunching Golf Canada and serving as its inaugural editor, he was named executive director of the Ontario Golf Association. He returned to fulltime writing in 1995. 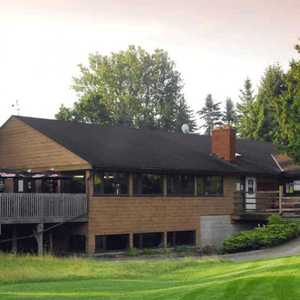 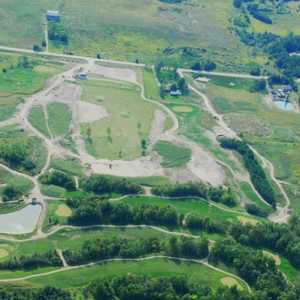 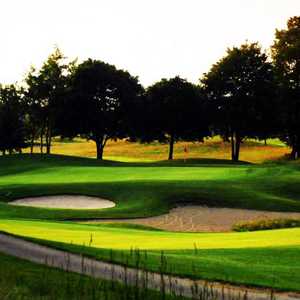