Tamer and more mature, Dragon's Fire Golf Club in Carlisle, Ontario is worth the drive from Toronto

By My Nguyen, Contributor

Dragon's Fire Golf Club in Carlisle, Ontario is only about 40 minutes from Toronto proper, and much like the course itself, the journey to get there is winding and scenic.

Steer clear of the water on 17 at Dragon's Fire Golf Club.
«

»
Related Articles
If you go

But the golf course is worth the short, if circuitous, drive.

Opened in 2008, Dragon's Fire is relatively new compared to others in the Hamilton area, but it has garnered a lot of attention from both visitors and locals. It's among the most reviewed Hamilton-area courses at GolfNow.com.

The course was a beast when it first opened, but it has since matured into a tamer but still challenging round. The greens have firmed up over the years and have become more consistent, and the trouble along the fairways has thinned a bit, making them much less penalizing for errant shots.

Dragon's Fire Golf Club may be more player friendly, but according to reviewer mcquokka, you still have to "bring your putting A-game," to maneuver the "challenging greens and difficult lines."

Oakville golfer veggieshake said, "If you desire a challenging course, you won't be disappointed," warning that, "You will need to know your limitations and play within them," on this tough layout.

Burlington golfer pbuddy liked the design because "no holes are similar to others," but even as a low handicapper, he finds that the course is "fun to play but not easy."

The Dragon's Fire layout stretches to just more than 7,200 yards from the tips, and the shortest tees measure 5,085 yards. There are four sets of tees total. Throughout the course, you'll find intricately shaped, strategically placed bunkers as well as a few water hazards. Two of the most memorable water holes -- the ninth and 17th -- feature nearly island greens that make for intimidating tee shots.

The course starts out with a fairly gentle, uphill par 4. The hole is carved out from an idyllic stretch of land that was once the site of a nursery. The rustic barn to the right of the fairway adds a scenic touch.

The following holes are pretty straightforward, but once you hit the eighth, get ready for some tougher challenges that continue all the way to the finish.

Dragon's Fire Golf Club's final hole is a risk-reward par 5 that doglegs right with water all along the right side. The dramatically undulating green wildly slopes from back to front. There are several ways you can play this hole, but it requires a good strategy above all else.

KPJ is no stranger to Ontario golf courses; he's reviewed everything from Royal Ontario Golf Club in Milton to Lionhead Golf & Country Club in Brampton. But he's a fan of Dragon's Fire because he considers it "one of the best layouts at the price point in the west GTA."

The weekend rates are slightly higher than nearby Carlisle Golf & Country Club, but the quality of the design still makes it a great deal. In all, 92 percent of reviewers would recommend the course, and the club also got high marks for staff friendliness.

My Nguyen has been writing for the Golf Channel's TravelGolf Network since 2008. She has written about hundreds of golf courses throughout the U.S., Canada, and Mexico, as well as many courses in Europe. 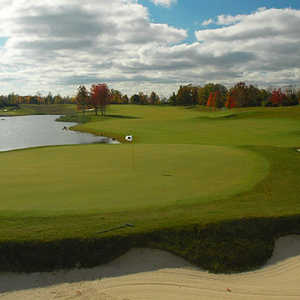 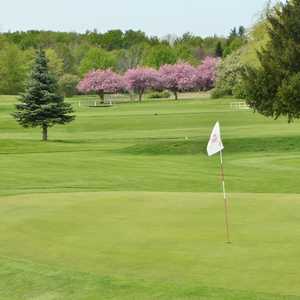 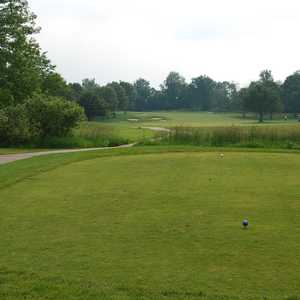